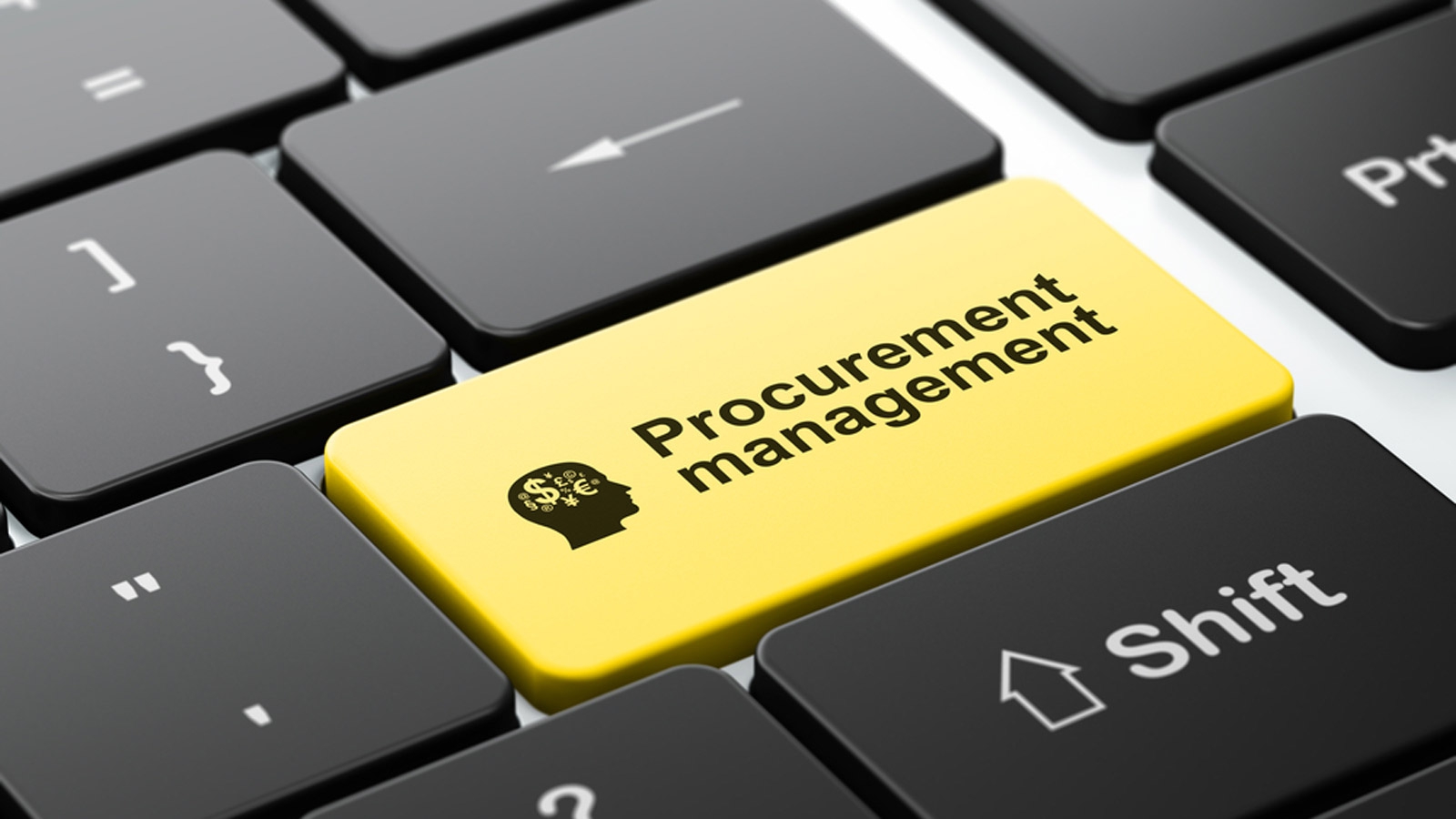 Corruption has been the baneful source of the endless hardship, mismanagement and uncertainty that has gripped the Nigerian socio-political environment, since the emergence of our political movement. Corruption, as we know it, is a display of dishonesty, an abuse of trust, or simply put, a state of progressive putrefaction. Corruption, under the broad heading and for the purpose of this essay, shall encompass every form of dishonesty displayed by public officials. However, for the purpose of this essay, I shall restrict my notion of corruption to a specific kind that is obvious in government cycles and is rampant among African governments due to structural defects and lack of external constraints
on the activities of state affairs.

In Nigeria, corruption has become a way of life not just for those in government cycle but even for the ordinary citizen who now see truth telling as a luxury they cannot afford if they must survive. This is due to their inherited political culture. From writing exams, to getting admissions, to getting a job, and sourcing for contracts; the corrupt way has become the
preferred way; the right way. The corrupt way is the preferred standard in Nigeria! A notable professor of virology once acclaimed ‘in Nigeria, it is not just a fact that the government officials are corrupt, but it is also a fact that corruption is official!’

Since this essay is designed towards discussing policies which a progressive government can implement, I will limit my discussion on corruption to a specific kind that is common among the three tiers of government and which I suspect is the foundation upon which the bulk of our commonwealth is abused and stolen by public officials. This kind of corruption is hidden under the pretext of public procurement – the award of contract process. Before going into detail to explain what this means, let me first remind us that Nigeria’s pattern of corruption is not only institutional but equally systematic, structural and cultural. Therefore, understanding and proffering solutions must follow the same pattern.
Public procurement simply put is the procurement of goods and services on behalf of a public authority such as a government agency.

Public procurement includes all activities that involves the award of contract by the government on behalf of the people. Such projects, be it for the construction of roads, power plants, supply of desk for a basic school,
etc, all falls under public procurement. The endless manner in which governments of developing countries award contracts makes them remain the biggest client any contractor should have as a client; government projects are endlessly continuous – always constructing and modifying, demolishing and expanding, all in a bid to meeting the demands of the
people. Government unveils itself through projects; if it is not linking two villages through a bridge project, then it is constructing basic schools in a remote area, or constructing a gas pipeline to supply gas to a newly built power plant or even still, it is building a power plant to provide electricity for its populace. In fact, the only major way government manifests its existence is through procurement; the award of contracts for development projects! This is one aspect of government that is obvious, axiomatic and inevitable in the long term process of governance. Despite the obvious reality of this activity, very few persons and organizations have paid attention to this aspect of government bureaucracy in their
fight against corruption and the need for transparency, responsibility and accountability. If this is true, then it becomes obvious that there are no other major ways government officials siphon and divert public funds apart from manipulating this process.

From the Halliburton $180million bribery-for-contract scandal to build the NLNG plant at Bonny Island, to the recent Oduagate N255million contract for supply of bullet proof cars, and even to the numerous fraudulent contracts/projects scattered across Nigerian states; all indicate that Nigeria has no standard set aside for its procurement activities, thereby giving room for massive corruption through this process. After the Halliburton scam and many others arising from public procurement abnormalities, the federal government through parliament succeeded in establishing what it called the Public Procurement Act 2007 as a way of regulating the award-of-contract processes in Nigeria. Major strands of the procurement act included (1) Regulation of procurement, (2) Establishment of common standards in procurement planning, methods, execution, enforcement and review, (3) Access to information and participation: The Act allows for
citizens to request for documents relating to procurement process as well as participate as observers in the proceedings, and fighting corruption: the Act makes provisions that will not only set standards but will also identify and punish corrupt practices and unethical activities related to public procurement proceedings.

Despite having this piece of legislature for over eight years now, there is no gainsaying to assert that the fraud in procurement activities has systematically skyrocketed at both the local, state and federal government level. In most states, the guidelines outlined by the Act is grossly neglected to the extent that a state governor single handedly now decides who gets what contract and at what price as against the principle of the Act! In ministries and commissions like NDDC, DESOPADEC, etc, contracts are either bloated or sold at ridiculous rates to handicapped contractors, some officials of these ministries and commissions collect as high as 35% of the entire contract sum to facilitate contracts to willing contractors. This has seemingly become official in all tiers of government. In 2014, the Director-General of Bureau of Public Procurement (BPP), Mr. Emeka Muoma Ezeh, disclosed that Nigeria loses $10billion (N1.7trillion) annually to
fraudulent practices in the award of contracts and project reviews processes! How then can we combat corruption in public procurement, restore transparency, efficiency, responsibility and accountability to our procurement process?

A lack of sincere and patriotic leadership has badly affected the manner in which polices have been implement. Without good leadership, all good policies will be nothing other than mere paper works, and strong institutions cannot be built either. In my recently published book titled Can Nigeria Bake Her Own Bread? I outlined several steps through which
corruption in public procurement can be strengthened in Nigeria, few of which includes;

With these and many more strategies designed as part of the steps to strengthen the procurement process, transparency and accountability will not only be implemented, but also, the process shall offer the general public a cost effective method of justifying government expenditure for equal value on development projects. It might seem that some of the above mentioned steps are already captured in the existing Public Procurement Act 2007, however, what we have lacked in implementing the processes is a sincere leadership that would respect and protect the spirit of the Act. The President of the United States of America cannot easily make a common citizen a billionaire overnight without him going through some administrative constraints. In our Nigeria, it is a different story, with the too many obvious administrative abnormalities, a state governor, with just a phone, will not only make a commoner a billionaire overnight, but also make him the biggest contractor of his state – a clear indication of a lack of administrative constraints on the behavior of our public officers, or perhaps a blatant neglect of the existing laid down rules without respect to the rule of law. If we must restore transparency, responsibility and accountability to our public life, then we cannot continue to depend on the self-restraints of our leaders as a way of getting them to behave right, we must learn to establish and if necessary, impose external constraints that will guide their actions and guarantee our individual progress and national interests. Corruption is rampant in Nigeria today simply because we have relied so much on the self-restraint of our leaders, who often end up becoming overwhelmed by the criminality of the politics. For this reason, there becomes an urgent need to establish external constraints such as independent bodies with clear out objective to check mate and moderate the actions of our government officials.

The same method must be applicable to other spheres of public life, which is; we can no longer continue to rely on the self-restraints of our public officials as a way of expecting them to behave right, we must therefore, impose on them, through legislature, institutions, and policies, some sort of external constraint to checkmate their excesses. The card reader was a kind of external constraint that worked well to check mate the rigging excesses of both notorious party riggers and INEC conspirators. In the civil service, the Integrated Personnel and Payroll System (IPPS) introduced by the outgoing administration was a constraint on checking the corruption of ghost workers and salary diversion. It all worked out well, at least, to a large extent. Constraints, through legislature, technology, institutions, and policies becomes the new method of tackling corruption and restoring transparency, responsibility and accountability in our public life.
However, all cannot be achieved without a sincere and proactive leadership.

AUCTION SALE OF UNSERVICEABLE VEHICLES AND CONDEMNED STORES AT THE NEW AND OLD CAMPUSES OF THE UNIVERSITY.

This is to notify the general public that there will be auction/sales of unserviceable vehicles and condemned stores at the New and Old Campuses of the University.

The items shall be opened for inspection on the 15th and 16th October, 2020, and the auction shall commence on the 20th October, 2020. The appointed auctioneer is Aliyu Kiliya & Co. Auctioneering Limited.

The Chartered Institute of...